José Miguel Contreras is a multi-instrumentalist, producer, actor, film composer, and amazing songwriter currently based in Toronto. Contreras is best known as the only consistent member of By Divine Right, a tremendously significant band whose past contributors include Feist and musicians who went on to form Broken Social Scene, Holy Fuck, and Sheezer among many others. By Divine Right’s first show took place in June 1990 and, on July 1, they celebrate their 25th anniversary with a big, all-star concert at Toronto’s Harbourfront Centre, featuring past and current members and other special guests. By Divine Right are also returning to the Hillside Festival on the July 24-26 weekend and will release a new record this year as well. Here, José and I talk about being in bed, freshening and boning up, the history of BDR, when they sucked, when they ruled, wanting and not wanting people to be in BDR’s revolving door lineup, Lysh and Geordie, Mark Goldstein on drums forever, the three-night stint with Change of Heart I saw in Guelph in 1997, getting going with a tape and touring with the Inbreds, the first person to ever leave BDR, the only time BDR might ever stop for good is now, the chemistry, the differences between Toronto and the internet in 1990 and now, seeing high school mate Hayden succeed, the importance of James Ogilvie, finding cool sounds, playing with Mark and James could be a bit dirty, Guelph’s Trasheteria, Dallas Good and drugs, going to high school with Sean Dean, born in Chile on John Lennon and Sean Lennon’s birthday, Yoko Ono might be creepy for not suggesting John hang out with the Beatles every once in a while, Chilean folk music and the Monkees, Beatles comps, where does happiness come from, finding your purpose, bliss bubbles, growing up in Thornhill and attending high school with Jian Ghomeshi who could be weird, Jian’s little black book, playing Jian’s high school show Swé, José’s role in the new film Porch Stories, his co-star Laura Barrett, the film’s plot and themes, acting again, music for him versus music for BDR, upcoming solo and BDR releases, leaving the Beaches for the west end, Divine @ 25 at the Harbourfront Centre, “itineration,” juicy past band members taking part in this thing, two hours of BDR, figuring out my role in this event, playing Hillside again, the song “More Thorns,” and that was it.

listen to ‘José Miguel Contreras on 25 years of By Divine Right, re-uniting with Feist, Brendan Canning, more’ on audioBoom 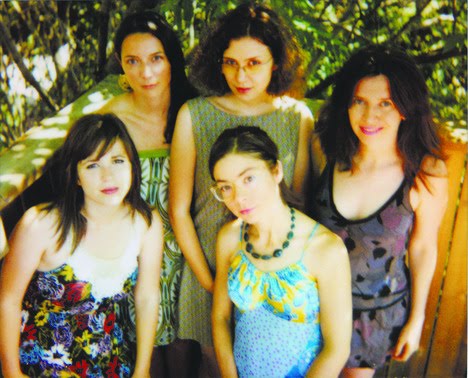